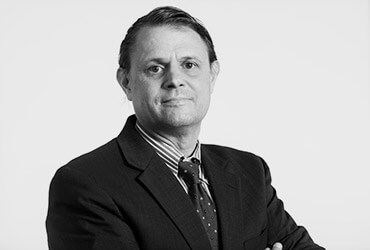 JAMES DAVID (“DAVE”) NAVE is an attorney whose main area of practice is creditor’s/debtor’s rights, bankruptcy, and Fair Debt Collection Practices Act, compliance and defense litigation. In addition to FDCPA defense, he also represents creditors in defending other types litigation brought under federal consumer protection laws, such as the Fair Credit Reporting Act, Truth in Lending Act and Real Estate Settlement Procedures Act in state and federal courts including bankruptcy courts. Over the last couple of years, he has become increasingly involved in litigation to resolve real property title dispute issues including actions to quite title and for the reformation of other instruments.

Dave began his legal career in 1989 as an associate in the Nashville office of Baker, Worthington, Crossley, Stansberry & Woolf (now Baker, Donelson, Bearman & Caldwell). He served as counsel to Henry E. Hildebrand, III, Chapter 13 Trustee in the Middle District of Tennessee, from December 1999 to October 2005.

Dave is a board-certified consumer bankruptcy specialist; certified by the American Board of Certification. He is a frequent lecturer for various professional groups on the topics of creditor/debtor rights, bankruptcy, and the FDCPA. Dave is also a certified Rule 31 Listed General Civil Mediator by the Tennessee Supreme Court Alternative Dispute Resolution Commission.

* Dave is licensed in the State of Tennessee and not in North Carolina.

Dave’s wife, Donna Nave, works for Mission Health in Asheville in Strategic Growth and Development. Dave and Donna have two sons: Nikolai and Jack, adopted from Russia at a very young age. They are now both sophomores in college: Nikolai at Massachusetts College of Pharmacy and Health Sciences in Boston and Jack at Savannah College of Art and Design.

Dave is a big tennis player and fan. He played on the varsity tennis team at Washington & Lee. More recently, he was an Assistant Coach for the Father Ryan High School tennis team in Nashville for 4 years.

Dave also loves the outdoors and enjoys hiking, canoeing and just being outside. When he finds the time, he also really likes to read and listening to music. 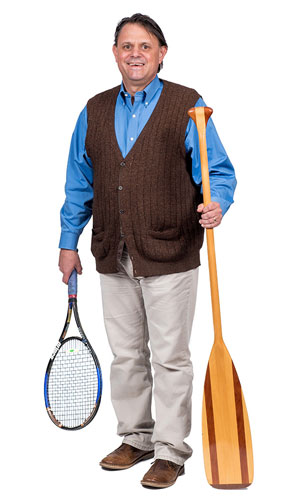