The Van Winkle Law Firm announced today that three of the partners of the well-known law firm of Long, Parker, Payne, Anderson & McClellan, P.A. will be joining Van Winkle. Robert B. Long, Jr., Ronald K. Payne, and Philip S. Anderson have extensive experience locally, statewide, and regionally, particularly in the area of civil litigation. They will be joining Van Winkle's litigation practice group on October 1, 2021.

Steve Grabenstein, President of Van Winkle, stated: "We are honored to have these three attorneys join our Firm. They will bring added depth and strength to our litigation capability, particularly in the areas of land condemnation, business, and personal injury matters." 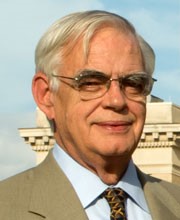 Robert "Bob" Long, Jr. is an Asheville native. He was educated in the City schools, graduating from Lee Edwards High School (now Asheville High). He entered The University of North Carolina-Chapel Hill and was awarded both his undergraduate and law degrees in five (5) years instead of the usual seven (7). He received his law degree, with honors, in 1965. Being among the top law students, he served as an Associate Editor of the UNC Law Review and was chosen for membership in the Order of the Coif in recognition of his outstanding academic record. He initially practiced law in Asheville with Harold K. Bennett beginning in 1965 before founding his current firm in 1978. While widely known for his success in land condemnation litigation, Long is equally proficient in business and other areas of litigation which led to his selection as a member of The American College of Trial Lawyers. In addition to his legal skills, Long has been involved in public service and is generally recognized for his political acumen and knowledge of local politics. When asked about his future plans, Long remarked: "People keep asking me when I am going to retire. I tell them that I have no plans to retire, and I'll retire if and when I am ready. I am not ready!" Long observed that he was excited about the upcoming move. He noted that Van Winkle has always had many excellent attorneys, and its additional support and expertise will give him the opportunity to serve a broader client base with greater efficiency. He said: "You know, I've always admired Van Winkle attorneys. I have considered them to be one of the finest firms around, and I'm honored to become one of them." 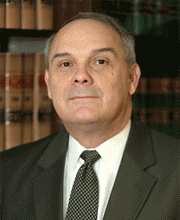 Ronald "Ron" Payne is also a Buncombe County native and graduated from Erwin High School in 1969 where he was a distinguished student and athlete. He graduated from both North Carolina State University in 1974 with a BA degree in Economics, with honors, and Wake Forest University Law School in 1977 with a JD degree; he received his law license the same year. He returned to Asheville to begin his law practice and joined the Long, Parker Law Firm in 1980. He concentrated his practice in civil litigation and developed a reputation as a forceful, effective, and outstanding litigator. In 1995, he was appointed by Governor James P. Hunt, Jr. as a Resident Superior Court Judge for the 28th Judicial District (Buncombe County). He was elected to that position in 1996 and reelected in 2004. While on the bench, Payne was renowned for his fairness, intellect, legal knowledge, and hard work, and he was selected by the NC Advocates for Justice as the Outstanding Trial Judge in NC for the year 2002. Payne retired as a Judge in 2008.

Payne then returned to the Long, Parker Firm and resumed his litigation practice with emphasis on condemnation litigation. However, he also maintained a significant following with clients' business, personal injury, governmental, and malpractice matters. Regarding Payne, Grabenstein stated: "Based on his extensive experience as an attorney and Judge, Ron has been in most of the state and federal courtrooms in North Carolina. As a result, he is widely known and respected. His skill and knowledge will be an invaluable asset to our Firm and its clients."

Payne will continue with his litigation practice. In fact, he hopes to expand it, especially in the land condemnation area where he and Long will combine their experience with Van Winkle's Jack Bebber to form a formidable group dedicated to advocating that citizens whose property is taken by the government are fairly compensated for their losses. Payne remarked: "I've tried lawsuits all over North Carolina as a lawyer and as a Judge, and I know from experience the abilities and character of Van Winkle attorneys. I'm not sad to be changing firms. I am looking forward to it, and I think joining Van Winkle will be mutually beneficial for us and our existing and future clients." 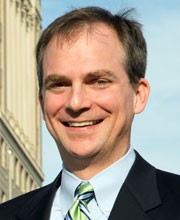 Philip Anderson came to Asheville in 1995 to practice law with the Long, Parker Firm. Prior to that time, he attended Georgia Tech and in 1991 received a B.A. degree in Electrical Engineering, with highest honors. Also in 1991, he received the Charles S. Mangum, Jr. Scholarship to the University of North Carolina School of Law from which he graduated in 1994. During law school he served on the North Carolina Journal of International Law.

Philip was named as a Super Lawyer for General Litigation in 2021 by the Super Lawyers peer recognition organization, and Business North Carolina magazine named him as a Legal Elite attorney in Litigation also in 2021. He became a Partner in the Long Firm in 2002. As to joining Van Winkle, he noted that he had handled cases with and against Van Winkle attorneys. He said, "I'm excited about being there and not having to appear against them anymore."

Philip is known and highly regarded as a trial lawyer possessing a wide range of talents and skills which enables him to litigate contracts, trust and wills, business, business torts, real estate and commercial matters with equal proficiency. Of Anderson, Grabenstein observed, "Philip is a sharp and talented trial lawyer. Having another experienced trial attorney who can handle all types of civil cases will increase our ability to manage an even broader range of litigation matters."