Every divorce in North Carolina is finalized when the divorce decree is issued by the District Court judge. At that point, both parties have the option to file a divorce appeal. Yet, it’s important to remember the process isn’t a retrial the case but rather an opportunity to identify flagrant errors from the District Court, if any exist.

What Can Be Appealed After A Divorce Ruling?

The majority of appeals are for improper application of the law or error during the decision-making process, such as lack of credible evidence taken into consideration by the District Court. These two reasons are more likely to be successful than other reasons to file, which include:

When Should I File An Appeal?

The State of North Carolina has a 30-day deadline from the date of the judgment entry to file a petition. If you’re considering a divorce appeal, it’s important to note the deadline and reach out to The Van Winkle Law Firm during this time.

The procedure is complex and time-consuming, which means the decision to file an appeal isn’t to be taken lightly. Missing the filing deadline almost always means losing the right to appeal the decree. And, the burden of proof throughout the appeals process is on the filing party.

To begin, a “Notice of Appeal” must be filed with the North Carolina Court of Appeals. The family law attorney for each party prepares written, legal arguments in a brief during this stage. The Notice of Appeal has to include:

The Notice of Appeal must be filed within 30 days after the judgment is issued. 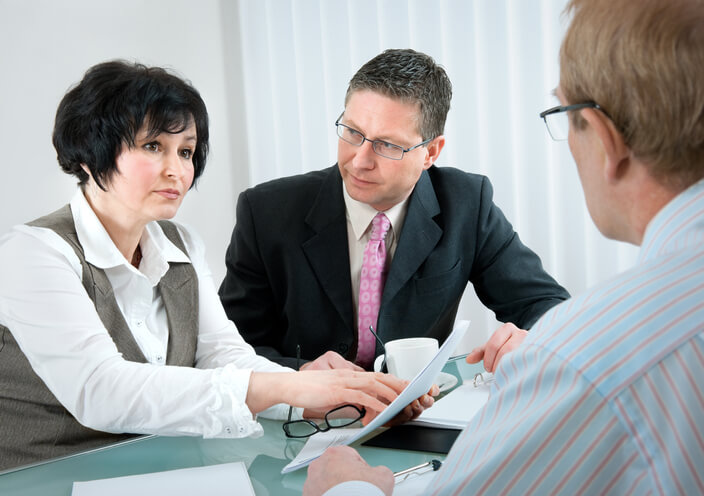 After filing the Notice of Appeal, you have 14 days to contact and retain a court reporter to transcribe the hearing, along with notifying the District Court via written documentation of the agreement. The court reporter then has 60 days to prepare and deliver the transcript to the appellant, the person who initially filed the appeal.

A three-judge panel is assigned to review the District Court decision, Record on Appeal, and legal arguments of each side. The panel makes a decision once all documents and information have been examined. Rarely are oral arguments allowed in front of the judges. If one judge dissents, the appellant has the option to appeal to the North Carolina Supreme Court. But if none of the judges dissent, it’s rare for the Supreme Court to grant a Petition for Discretionary Review.

What To Expect During A Divorce Appeal

The entire appeals process take at least one year to complete, on average. This appeal only examines the evidence submitted to the District Court judge. Consequently, it’s possible for the Court of Appeals to allow the lower court to consider additional evidence.

Additionally, an appeals judge could allow new findings based on past evidence to be introduced into the process, which could extend the duration of the process. If the case was remanded or sent back to the District Court, it will extend the amount of time it takes to reach a final decision.

A post-trial motion is a common alternative to immediately appealing a District Court ruling. Once the final divorce decree has been entered, you have 10 days to file a post-trial motion. A commonly used motion is to ask the judge who handled the case to reconsider their decision or to grant a new trial. A Motion for Rehearing is considered a technical procedure and is generally filed for immediately after the decree is entered by the District Court. Another alternative is a Motion for Relief from Judgment but this is usually only granted when fraud or concealment of assets comes to light.