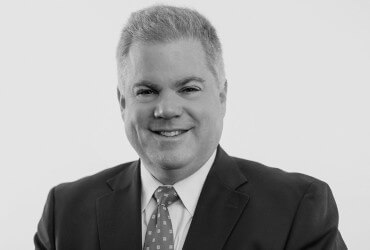 Today, Attorney Stephen Williamson is speaking on the topic of “Workplace Violence and Workplace Investigations" at the Casting Industry Suppliers Association’s 98th Annual Conference. Stephen has led workplace investigations all over the U.S., including employee theft and embezzlement cases, sexual assault and/or harassment cases, workplace fatalities, and threats of workplace violence. He has helped employers conduct investigations in Arizona, California, Illinois, Minnesota, Texas, and North and South Carolina.

Stephen was born in Chicago and was raised in Houston. Early in his career, he worked as a manager in a big-box retail store where one of his duties was to personally choose and terminate 26 employees after Christmas in 1981. He also had to deal with a situation in which an employee was stabbed in a knife fight with another employee. This experience makes Stephen an effective advocate for employers who need solutions to real-world issues. Later, Stephen became a firefighter, an EMT, and a police officer in Houston. Having dealt with workplace homicides, mass casualty incidents, and workplace sexual assault incidents, Stephen gained unique insight into these types of cases that makes him a lawyer that few can equal.

Stephen became a certified TapRoot® investigator because he found that many companies had safety, environmental, and health employees that use the TapRoot® investigative process. He soon discovered, however, that mastering the art of interrogation and interview was something that most investigators lack because it is not something that is normally taught in any root-cause investigative programs. He also realized he needed additional training when it came to handling “he said she said” impasses in workplace violence investigations, so he took a series of courses with the Homicide Division of the Houston Police Department. He learned investigational techniques from these courses that help him to effectively get past the types of dead ends that can come up in many cases.

Stephen has been an attorney for almost 25 years. Today, he serves on the Board of Directors and is the Litigation and Business Practice Group Leader at The Van Winkle Law Firm.