Alimony is one of the more infamous potential parts of the divorce process. Long after the property has been divided and the children have grown up, alimony payments can remain. Given the duration over which alimony can be ordered (until the death of one of the parties), alimony can easily be the most expensive part of a divorce. 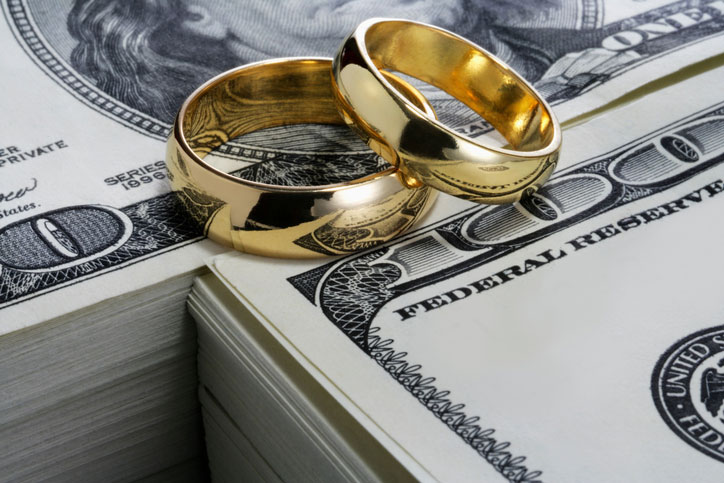 Because of these opposing points of view, alimony can be one of the most contentious parts of the divorce process, and one of the most important. Without guidelines for the amount of alimony to be paid, it is absolutely vital that you have an experienced attorney to help you through the process, regardless of whether you are the dependent or supporting spouse.

Unlike child support, there are no “alimony guidelines” or presumptive amounts to be awarded for alimony. Also, there is no codified limit on alimony based on the length of the marriage. This means alimony awards can vary wildly between cases. The issue of alimony is controlled by § 50-16.3A, which sets up criteria for the award, duration and amount of alimony to be paid. These factors to be considered can be generally summarized as follows:

While these sixteen statutory factors give the court a framework to award or deny alimony, no factor gives the court specific guidance as to the amount and duration of alimony. For example, if a marriage was very short, the court could rely on that fact to deny alimony or to make the alimony very short in duration; however, the court is not required to base its decision on this factor at all.

Alimony Fair to Both Parties

While the court is required to make a finding on each of the above factors (if evidence is presented on that factor), the court can give whatever weight it chooses to any factor, and, ultimately, the decision of the court is subject to a large amount of discretion by the trial judge. This is why it is vital that a party present as much evidence as possible on the sixteen statutory factors. 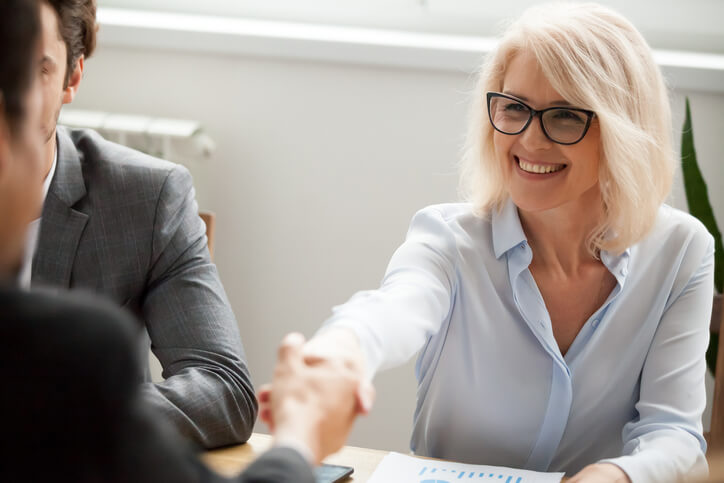 “If the court finds that the dependent spouse participated in an act of illicit sexual behavior, as defined in G.S. 50-16.1A(3)a., during the marriage and prior to or on the date of separation, the court shall not award alimony.”

This mandatory bar to alimony can be devastating to a spouse who might otherwise be entitled to an award of alimony. For example, if one spouse had an income of millions of dollars and the other spouse had no income and the parties had been married for 40 years, if the dependent spouse committed even a single act of illicit sexual behavior, that spouse must be denied alimony by the court.

This provision also applies to the supporting spouse. Under § 50-16.3.A(a), the dependent spouse can be ordered to pay alimony as follows:

“If the court finds that the supporting spouse participated in an act of illicit sexual behavior, as defined in G.S. 50-16.1A(3)a., during the marriage and prior to or on the date of separation, then the courtshall order that alimony be paid to a dependent spouse.”

While these are reciprocal provisions affecting the dependent spouse and the supporting spouse, they are not equal in their effect as applied. This is because a dependent spouse who is denied alimony for illicit sexual behavior necessarily gets no alimony, while a supporting spouse who is required to pay alimony due to illicit sexual behavior must pay alimony, but no amount is specified. So while the court is required to award alimony, it could award $1 per year and it will have complied with the statute.

Our Divorce Attorneys Can Help

Whether you are a dependent spouse, supporting spouse or somewhere in between, our experienced family law and divorce attorneys can help you prepare your alimony case. We can help you negotiate a resolution to an alimony claim, or, if necessary, prepare your alimony case for trial. We can make sure you present the best possible case when it comes to an alimony claim. With support from the largest and one of the oldest firms in Western North Carolina, we have the resources to prepare your case quickly and efficiently. Our attorneys have significant experience in both jury and non-jury trials. Set up a consultation to talk to one of our experienced family law attorneys. We look forward to hearing from you.

Alimony refers to payments made by a supporting spouse (who earns higher income) to a dependent spouse (who has less income) after divorce. Alimony support can be a lump sum or recurring payments. The duration of alimony payments can also vary widely depending on a number of factors; with some alimony awards lasting only a few months and some lasting the lifetime of the supporting or dependent spouse.

I Don’t Want To Receive Alimony. What Should I Do?

No law says a spouse who is eligible for alimony has to accept it. Whether spouses are settling the divorce with a separation agreement or in a court trial before a judge, the dependent spouse can merely inform his or her attorney of the wish not to receive alimony, and the attorney will argue that position. A judge is not allowed to award spousal support to a spouse who has expressly declined interest in alimony and who has not filed a pleading requesting alimony.

Can I Be Arrested For Late Alimony Payments?

Late alimony payments can qualify as acts of contempt that a judge finds punishable by jail time if the late payment is willful. Fines can also be levied on the supporting spouse for late payments. However, penalties are not guaranteed by law but are subject to the discretion of the judge.

Who Determines What Type Of Alimony I Have To Pay?

Both types of spousal support — post-separation support and alimony — can be entered into voluntarily or ordered by a judge. Emotions can run high during divorce, though, and agreements on such payments can be hard to reach. Your North Carolina family law attorney should pursue or defend spousal support claims from the start of your case in order to obtain the best possible outcome.

What Is The Difference Between Alimony And Spousal Support?

The terms alimony and spousal support are sometimes used interchangeably by people to refer to payments made by one former spouse to another after divorce. Spousal support is the more general of the two terms and is often found in both uniform statutes (those being certain rules about the enforcement and collection of alimony that are the same in every state) and federal statutes dealing with support payments. However, alimony attorneys in North Carolina will use the terms alimony or post separation support when discussing support payments generally. The difference between alimony and post separation support is discussed below.

How Is Alimony Determined?

North Carolina 50-16.3A spells out who’s entitled to alimony and includes a specific list of factors for the court to consider in making such awards, including a “catch all” that allows a court to consider any fact it believes is relevant. Judges determine how much alimony is owed by supporting spouses after considering any number of the relevant factors. The court may look at general considerations, such as the length of the marriage and any signs of marital misconduct, as well as financial indicators, such as each spouse’s earning capacity, education level, and contributions to the other spouse’s earning capacity (such as by offering educational or career support). A judge may also consider the contributions of a spouse while acting as a homemaker, the tax ramifications of alimony for both spouses, and how any custody arrangement will affect each party’s earning capacity.

In some cases, the parties can simply agree to an alimony amount and duration without formal considerations of the statutory factors. Such agreements are generally enforceable as private contracts, regardless of what a court would have done had the case gone to trial.

Will I Have To Pay Alimony?

Either spouse who qualifies may move for alimony, but not every former spouse receives it. Alimony is typically awarded when one former spouse cannot meet his or her needs, and the other has money to pay for support. Alimony can be court-ordered or settled out-of-court in a separation agreement. North Carolina divorce attorneys can advise spouses on their eligibility for alimony, as well as argue the client’s case in court for whether that spouse should receive or pay support, the amounts, and the duration of that support.

Will I Go To Jail If I Don’t Pay Alimony?

A spouse who neglects to pay alimony could be found in contempt by a judge and sentenced to multiple fines and even time in jail. Each occurrence of a late or skipped alimony payment could stand as its own contempt charge.

North Carolina divorce records are a matter of public record when they are recorded in a judgment; however, alimony payments made under a privately executed alimony agreement remain confidential until an enforcement or other action is filed to enforce or modify the payment. Alimony documents that exist in the public domain may include details of the spousal support award handed down by a judge, as well as acts of contempt for late or missed alimony payments addressed in court.

Post-separation support is often compared to temporary alimony. A judge can grant post-separation support based on an affidavit verified pleading, or other evidence of a dependent spouse’s inability to make ends meet during divorce. No trial is necessary for a judge to award temporary alimony, and the agreement terminates if the spouse resumes marital relations, remarries, cohabits with another adult in a private relationship, or dies, or if the court issues a final order denying alimony.

Post separation support is the support payment made from one spouse to the other during the party’s one-year period of legal separation. Once this payment continues beyond the period of separation and is codified either in a judgment or in an agreement, it is generally called alimony. Both judges and family law attorneys in North Carolina will be careful to delineate between the two types of support payments, but the criteria for both payments is similar. An experienced North Carolina family law attorney can explain the difference between the two payments and when each one should be pursued.

Can I Modify My Alimony Payments?

Under North Carolina alimony law, a supporting spouse who is making alimony payments can petition the court to modify the current award. A judge may be willing to amend a spousal support award if either spouse has had a substantial and material change of circumstances regarding his or her living situation, earning capacity, or other economic factors.

What Happens If I Refuse To Pay Alimony?

If a supporting spouse refuses to pay alimony, the dependent spouse can file a motion for contempt that asks a judge to enforce the spousal support agreement. If the person who should pay spousal support disagrees with the alimony terms, he or she can petition the court for a modification to the agreement if there has been a substantial change in circumstances. If the change is not made, failing to pay an alimony award is the same as violating a court order. If that violation is found to be willful, the person refusing to pay can be fined, imprisoned or both. In North Carolina, divorce lawyers can help clients pursue either the enforcement or change of alimony awards. 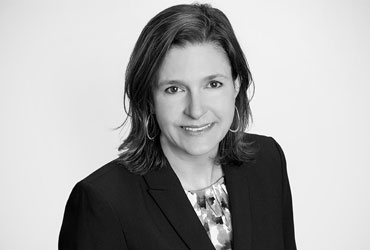 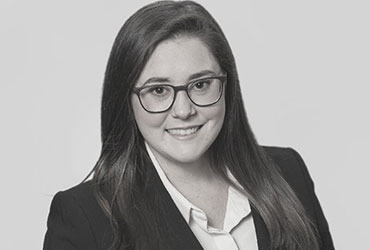