A Synopsis of Recent Legal Developments Affecting the Rights of Creditors 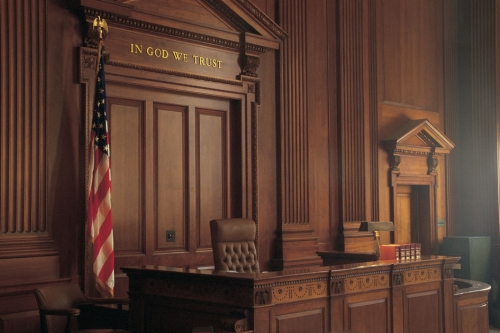 With the passing of Supreme Court Justice Antonin Scalia, the news media has been speculating about the effect it could have on closely-divided cases, mostly cases involving sensational social issues. But the first case to be affirmed by an equally divided court was a creditors’ rights case.

In Hawkins v. Community Bank of Raymore, 761 F.3d 937, 939 (8th Cir. 2014), the U.S. Court of Appeals for the Eighth Circuit, which has jurisdiction over Arkansas, Missouri, Iowa, Nebraska, Minnesota, and the Dakotas, held that a person required by a lender to guarantee his or her spouse’s business debt could not raise a claim or defense under the Equal Credit Opportunity Act (“ECOA”), which prohibits discrimination against “applicants” for credit on the basis of marital status and other classifications.

The Eighth Circuit said the Act did not apply, because someone who is involved in a loan only as an added guarantor is not an “applicant” for credit within the meaning of the Act. This created what the legal world knows as a “circuit-split,” because the Sixth Circuit, covering Tennessee, Kentucky, Ohio, and Michigan, had reached the opposite conclusion. The Supreme Court granted review in 2015. If the Supreme Court had issued a majority opinion affirming the decision of the Eight Circuit, creditors across the nation would have been relieved of what has in recent years become a common defense in collection matters concerning commercial loans. In some jurisdictions, alleged ECOA violations have even been asserted as affirmative claims against lenders.

Unfortunately, the Supreme Court could not reach a majority decision, and on March 22, 2016, issued its first opinion since Justice Scalia’s death affirming “by an equally divided Court.” Apparently, four justices wanted to affirm, and four justices wanted to reverse, and without a ninth justice, no majority could be reached. The tie vote leaves the Eighth Circuit’s decision in place, but limits it to states within the Eighth Circuit. Therefore, the law will continue to be different in states within the Sixth Circuit, and the law will be unsettled in other states, including North Carolina, which is within the Fourth Circuit. Dozens of ECOA claims and defenses currently being raised in North Carolina courts might have been dispensed with in a single decision from the Supreme Court; instead, creditors in those cases will have to argue to their particular court whether the Eight Circuit or the Sixth Circuit got it right.

The Van Winkle Law Firm is a full-service law firm providing premier legal services to the business community, including institutional and private creditors. Please contact us today to speak with an attorney.